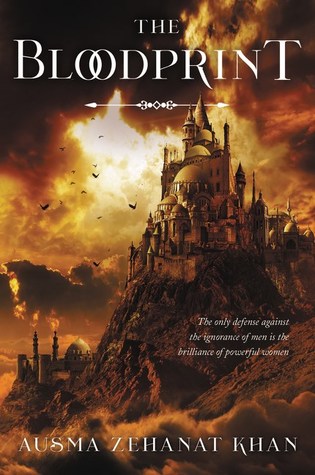 The Bloodprint by Ausma Zehanat Khan has an expected publication date of October 3rd 2017 by Harper Voyager. The author of the acclaimed mystery The Unquiet Dead delivers her first fantasy novel—the opening installment in a thrilling quartet—a tale of religion, oppression, and political intrigue that radiates with heroism, wonder, and hope. A dark power called the Talisman has risen in the land, born of ignorance and persecution. Led by a man known only known as the One-eyed Preacher, it is a cruel and terrifying movement bent on world domination—a superstitious patriarchy that suppresses knowledge and subjugates women. And it is growing.But there are those who fight the Talisman’s spread, including the Companions of Hira, a diverse group of influential women whose power derives from the Claim—the magic inherent in the words of a sacred scripture. Foremost among them is Arian and her apprentice, Sinnia, skilled warriors who are knowledgeable in the Claim. This daring pair have long stalked Talisman slave-chains, searching for clues and weapons to help them battle their enemy’s oppressive ways. Now, they may have discovered a miraculous symbol of hope that can destroy the One-eyed Preacher and his fervid followers: The Bloodprint, a dangerous text the Talisman has tried to erase from the world. Finding a copy of The Bloodprint promises to be their most dangerous undertaking yet, an arduous journey that will lead them deep into Talisman territory. Though they will be helped by allies—a loyal ex-slave and Arian’s former confidante and sword master—both Arian and Sinnia know that this mission may well be their last.

About the author: Ausma Zehanat Khan is a British-born Canadian living in the United States, whose own parents are heirs to a complex story of migration to and from three different continents. A former adjunct professor at American and Canadian universities, she holds a Ph.D. in International Human Rights Law, with the 1995 Srebrenica massacre as the main subject of her dissertation. Previously the Editor in Chief of Muslim Girl Magazine, Ausma Zehanat Khan has moved frequently, traveled extensively, and written compulsively. The Unquiet Dead is her first mystery novel featuring Inspector Esa Khattak and Sergeant Rachel Getty. A follow-up is in the works. Connect with the author

My thoughts: THE BLOODPRINT is the the first book in the The Khorasan Archives Book Series and is a sci-fi fantasy novel. The two main characters are Arian and Sinnia. They are both strong women who have the ability to use their magic that is known as the Claim. These two women are very brave and determined to free women from the slave chains that shattered their world. While their mission is very courageous it is more than they bargain for because there is a bigger game at play by forces that are beyond their control. This book has amazingly strong independent women who are not afraid to stand their ground to support what they feel is right. The plot line is well thought out with many layers of intrigue that will have you hooked. I cannot say too much without giving away the story line. The setting is extremely detailed and described in such a way that you feel as if you are with them fighting right alongside. Overall a great read. **I received an advanced reader copy in exchange for my honest and unbiased review.**