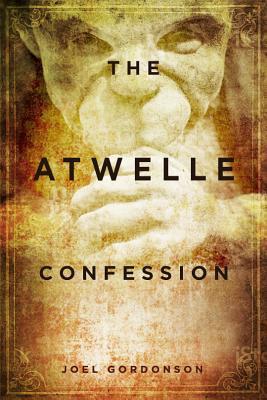 The Atwelle Confession by Joel Gordonson has an expected publication date of September 19th, 2017 by Select Books (NY). After discovering rare gargoyles mysteriously positioned inside an ancient church being restored in the small English town of Atwelle, the architect Don Whitby and a young research historian Margeaux Wood realize that the gargoyles are predicting the bizarre murders that are occurring in the town. Five hundred years earlier when the church is being built, two powerful families in Atwelle are contesting control of the region in the delicate backdrop of King Henry VIII’s dispute with the Pope over the King’s divorce. In the middle of these conflicts, the same bizarre murders are being committed in the town. Two stories of identical macabre murders five hundred years apart ─ One surprising solution in the mystery of the gargoyles and the Atwelle Confession.

About the author: Joel Gordonson, before becoming a novelist, has enjoyed a career as an international attorney. He holds law degrees in the United States and from the University of Cambridge. Gordonson’s family tree includes a long line of ministers, including a great-grandfather who emigrated from Europe in 1860 to become a missionary on the American western frontier. It is this lineage that influenced the subject of his first novel, That Boy from Nazareth. website

My thoughts: The synopsis for this book sounded interesting but I am not fond of the cover it just does not do the book justice. While I am a fan of mysteries, I just could not get into this book. The plot line was a different one with not a lot of depth and it could have used more character development and backstories to really mesh everything together. You only get bits and pieces of the characters past here and there nothing that helps with the overall story. I was curious about this book at first but as I read page after page I just could not get into this book and was disappointed at the end. ** A physical copy was provided by the publicist, FSB Associates, in exchange for an honest and unbiased review. **