Constant Craving by Tamara Lush has an expected publication date of November 1st, 2017. Justine is shocked when her first love appears at her newspaper, offering to bail it out of bankruptcy. She’s even more shocked when Rafael makes a proposition: spend the next month together. 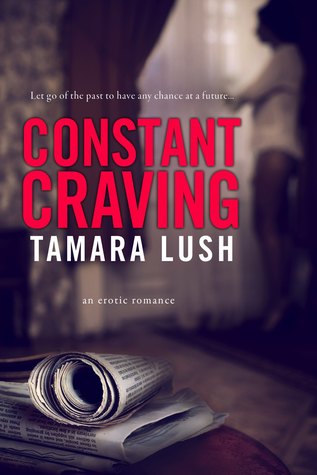 Allowing him to do anything he desires with her, and her newspaper gets everything it needs. But is Rafael only back in Justine’s life to show her what she’s missed all these years? Or is he out for revenge? Justine isn’t sure, but Rafael is still devastatingly sexy — and she knows that his touch, his kisses, his body, leaves her powerless. She knows that opening their hearts and giving their bodies to each other a second time may destroy them forever…especially when the pain of the past and difficult choices for the future collide.
GOODREADS
AMAZON
About the author:

Tamara Lush was born in California and raised in Vermont. She graduated from Emerson College with a degree in broadcast journalism. For the last several years, she’s worked as a reporter and is currently a correspondent in Florida with The Associated Press. She lives with her Italian husband and two dogs on the Gulf Coast. She was chosen as one of 24 writers for the Amtrak Residency program, and in January of 2017, she rode a train around the country for two weeks, and finished her novel CONSTANT CRAVING. Published in September of 2015, her debut novel HOT SHADE received four stars from RT Book Reviews. Her most recent novel, a five episode serial called TELL ME A STORY, has “an engaging voice, sexy heroes and heroines and a wry sense of humor,” according to New York Times bestselling author Beth Kery.

My thoughts: I enjoyed reading Constant Craving and was hooked turning page after page of this love story. This book is about a second chance at romance with a hero that you love to hate. Justine and Rafael broke up fifteen years ago because things just did not workout between the two. After they broke up, Rafael did not reach out to her even though she tried reaching out to him. They were heartbroken after the breakup and have not liked each other since. However, it is obvious that they still have feelings for each other because he bails her newspaper out of bankruptcy. His help comes with a price that Justine is not sure she can repay. I found this book to be a drama filled, love and hate, with a touch of romance that will surprise you in the end. Lush writes in such a way that draws you in with just enough to leave you wondering without being explicit. This is the first book I have read from this author and found it to be a good romantic read. I look forward to reading more from this author.

** I received a complimentary copy in exchange for my honest and unbiased review. **