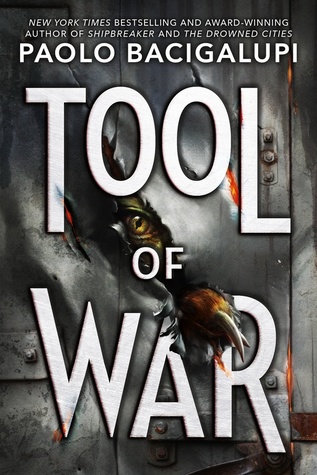 Tool of War: Ship Breaker Book #3 by Paolo Bacigalupi was published on October 10th, 2017 by Little, Brown Books for Young Readers. Synopsis: This third book in a major series by a bestselling science fiction author, Printz Award winner, and National Book Award finalist is the gripping story of the most provocative character from his acclaimed novels Ship Breaker and The Drowned Cities.Tool, a half-man/half-beast designed for combat, is capable of so much more than his creators had ever dreamed. He has gone rogue from his pack of bioengineered “augments” and emerged a victorious leader of a pack of human soldier boys. But he is hunted relentlessly by someone determined to destroy him, who knows an alarming secret: Tool has found the way to resist his genetically ingrained impulses of submission and loyalty toward his masters… The time is coming when Tool will embark on an all-out war against those who have enslaved him. From one of science fiction’s undisputed masters comes a riveting page-turner that pulls no punches. 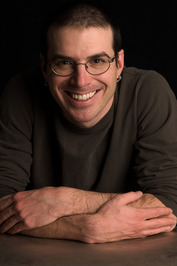 About the author: Paolo Bacigalupi is an award-winning author of novels for adults and young people. His debut novel THE WINDUP GIRL was named by TIME Magazine as one of the ten best novels of 2009, and also won the Hugo, Nebula, Locus, Compton Crook, and John W. Campbell Memorial Awards. Internationally, it has won the Seiun Award (Japan), The Ignotus Award (Spain), The Kurd-Laßwitz-Preis (Germany), and the Grand Prix de l’Imaginaire (France).

His debut young adult novel, SHIP BREAKER, was a Micheal L. Printz Award Winner, and a National Book Award Finalist, and its sequel, THE DROWNED CITIES, was a 2012 Kirkus Reviews Best of YA Book, A 2012 VOYA Perfect Ten Book, and 2012 Los Angeles Times Book Prize Finalist. The final book in the series, TOOL OF WAR, will release in October of 2017.

His latest novel for adults is The New York Times Bestseller THE WATER KNIFE, a near-future thriller about climate change and drought in the southwestern United States.

My thoughts: TOOL OF WAR is the third book in the Ship Breaker Book Series. I read this book without reading the first two books and was a little lost at first. It did not take long to get caught up but you should read the first two then this one since it cannot be read as a standalone novel. There is a little bit of a recap at the beginning which is enough to get you caught up but you would benefit more from actually reading them. The author creates a world that is so realistic and vivid. The setting is in the future with events you feel like could happen. The characters are easy to relate to with lifelike struggles, drama, and hardships. This book is a fast-paced action packed novel that does not disappoint. A new twist on the typical science fiction novel set in a futuristic dystopian world!

** I received a complimentary copy in exchange for my honest and unbiased review. **