Here are some of the most anticipated new releases of young adult books for December 2017. I admit that some of these I have read already and some I will be adding to my to ever growing be read list!

Love, Life, and the List by Kasie West Seventeen-year-old Abby Turner’s summer isn’t going the way she’d planned. She has a not-so-secret but definitely unrequited crush on her best friend, Cooper. She hasn’t been able to manage her mother’s growing issues with anxiety. And now she’s been rejected from an art show because her work “has no heart.” So when she gets another opportunity to show her paintings Abby isn’t going to take any chances. Which is where the list comes in. Abby gives herself one month to do ten things, ranging from face a fear (#3) to learn a stranger’s story (#5) to fall in love (#8). She knows that if she can complete the list she’ll become the kind of artist she’s always dreamed of being. But as the deadline approaches, Abby realizes that getting through the list isn’t as straightforward as it seems… and that maybe—just maybe—she can’t change her art if she isn’t first willing to change herself. This is the first in a set of three standalone books with crossover characters. Goodreads  –  Amazon

Foolish Hearts by Emma Mills A contemporary novel about a girl whose high school production of A Midsummer Night’s Dream leads her to new friends—and maybe even new love. The day of the last party of the summer, Claudia overhears a conversation she wasn’t supposed to. Now on the wrong side of one of the meanest girls in school, Claudia doesn’t know what to expect when the two are paired up to write a paper—let alone when they’re both forced to try out for the school production of A Midsummer Night’s Dream. But mandatory participation has its upsides—namely, an unexpected friendship, a boy band obsession, and a guy with the best dimpled smile Claudia’s ever seen. As Claudia’s world starts to expand, she finds that maybe there are some things worth sticking her neck out for. Goodreads  –  Amazon 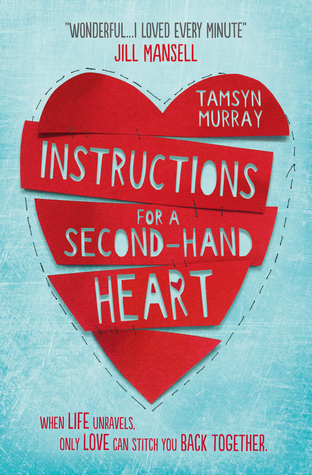 Instructions for a Secondhand Heart by Tamsyn Murray Jonny knows better than anyone that life is full of cruel ironies. He’s spent every day in a hospital hooked up to machines to keep his heart ticking. Then when a donor match is found for Jonny’s heart, that turns out to be the cruellest irony of all. Because for Jonny’s life to finally start, someone else’s had to end. That someone turns out to be Neve’s twin brother, Leo. When Leo was alive, all Neve wanted was for him (and all his glorious, overshadowing perfection) to leave. Now that Leo’s actually gone forever, Neve has no idea how to move forward. Then Jonny walks into her life looking for answers, her brother’s heart beating in his chest, and everything starts to change. Together, Neve and Jonny will have to face the future, no matter how frightening it is, while also learning to heal their hearts, no matter how much it hurts. Goodreads  –  Amazon 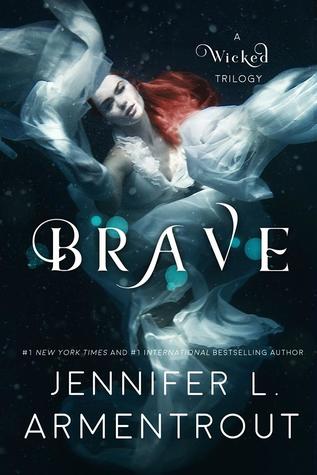 Brave: A Wicked Saga #3 by Jennifer L. Armentrout  Ivy Morgan hasn’t been feeling like herself lately. Not like anyone can blame her. After all, being held captive by a psychotic fae prince hell-bent on permanently opening the gates to the Otherworld is bound to leave some mental scars. It’s more than that, though. Something dark and insidious is spreading throughout Ivy, more powerful than she could ever imagine… and it’s coming between her and the man she’s fallen deeply in love with, elite Order member Ren Owens. Ren would do anything to keep Ivy safe. Anything. But when he makes a life altering choice for her, the fallout of his act has far reaching consequences that threaten to tear their lives apart. If Ivy is going to have any hope of surviving this, she must put aside the hurt and betrayal she feels, and work with not only those she loves, but with an enemy she would rather kill than ever trust. War is coming, and it soon becomes clear that what Ivy and Ren thought they knew about the Order, themselves, and even their enemies, has been nothing but a cluster of dangerous, deadly lies. Ivy knows she must be more than just brave to save those she loves–and, ultimately, to save herself. Because behind ever evil fae Prince, there’s a Queen.  Goodreads  –  Amazon

** This post contains affiliate links and I will be compensated if you make a purchase after clicking on my links. **