Bootlegger Rory Docherty has returned home to the fabled mountain of his childhood – a misty wilderness that holds its secrets close and keeps the outside world at gunpoint. Slowed by a wooden leg and haunted by memories of the Korean War, Rory runs bootleg whiskey for a powerful mountain clan in a retro-fitted ’40 Ford coupe. Between deliveries to roadhouses, brothels, and private clients, he lives with his formidable grandmother, evades federal agents, and stokes the wrath of a rival runner.In the mill town at the foot of the mountains – a hotbed of violence, moonshine, and the burgeoning sport of stock-car racing – Rory is bewitched by the mysterious daughter of a snake-handling preacher. His grandmother, Maybelline “Granny May” Docherty, opposes this match for her own reasons, believing that “some things are best left buried.” A folk healer whose powers are rumored to rival those of a wood witch, she concocts potions and cures for the people of the mountains while harboring an explosive secret about Rory’s mother – the truth behind her long confinement in a mental hospital, during which time she has not spoken one word. When Rory’s life is threatened, Granny must decide whether to reveal what she knows…or protect her only grandson from the past.
With gritty and atmospheric prose, Taylor Brown brings to life a perilous mountain and the family who rules it. 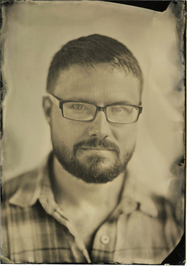 About the author: Taylor Brown is a recipient of the Montana Prize in Fiction, and he’s been a finalist for the Press 53 Open Awards, Machigonne Fiction Contest, and Doris Betts Fiction Prize. He is the author of In the Season of Blood and Gold (Press 53, 2014),Fallen Land (St. Martin’s, 2016), The River of Kings (St. Martin’s, 2017), and Gods of Howl Mountain (St. Martin’s, 2018). He lives in Wilmington, North Carolina, where he is the founder and editor of BikeBound, a custom motorcycle blog.

My thoughts: Gods of Howl Mountain is an action packed, historical fiction novel that takes you on a wild ride with a whiskey runner named Rory through the mountain side of North Carolina in the 1950’s. Brown invites you into this intriguing story with a descriptive writing style that makes each page seem so vividly realistic. A story that is full of family, love, drama, humor, sadness, and sometimes violent or gruesome backwoods fights for territory that could only take place in the South in the height of the 1950’s moonshine stills.

It is easy to get drawn into a world unlike any other as you see Rory battle with demons that haunt him both in his past and his present. A Korean War Hero who lost a limb returns to find that everything he left behind when he left for the war is not the same. Flashbacks from the past help to explain why things that are happening in the present make things so difficult at times for Rory. Overall, an action-packed fast paced read that will not disappoint.** I received a complimentary copy in exchange for my honest and unbiased review. This post contains affiliate links and I will be compensated if you make a purchase after clicking on my links.**