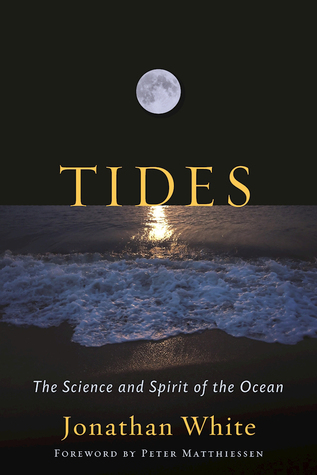 In Tides: The Science and Spirit of the Ocean, writer, sailor, and surfer Jonathan White takes readers across the globe to discover the science and spirit of ocean tides. In the Arctic, White shimmies under the ice with an Inuit elder to hunt for mussels in the dark cavities left behind at low tide; in China, he races the Silver Dragon, a twenty-five-foot tidal bore that crashes eighty miles up the Qiantang River; in France, he interviews the monks that live in the tide-wrapped monastery of Mont Saint-Michel; in Chile and Scotland, he investigates the growth of tidal power generation; and in Panama and Venice, he delves into how the threat of sea level rise is changing human culture—the very old and very new. Tides combines lyrical prose, colorful adventure travel, and provocative scientific inquiry into the elemental, mysterious paradox that keeps our planet’s waters in constant motion. Photographs, scientific figures, line drawings, and sixteen color photos dramatically illustrate this engaging, expert tour of the tides.

Tides: The Science and Spirit of the Ocean by Jonathan White was published on February 14th, 2017 by Trinity University Press. GOODREADS   –   AMAZON 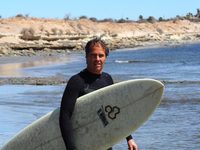 About the author: Jonathan’s love for the sea is lifelong. He grew up on the beaches of southern California. He’s built and sailed many boats, logged more than a hundred thousand miles on the Pacific and Atlantic, and surfed all over the world. He has served on numerous conservation boards and committees, including the San Juan Preservation Trust, the San Juan County Marine Resources Committee, and the Northwest Straits Marine Conservation Initiative.

As founder and former director of the Resource Institute, a nonprofit educational organization based in Seattle, Washington, he spent eleven years building a seminar program aboard the schooner Crusader in the Pacific Northwest, from Puget Sound to Southeast Alaska. Resource Institute sponsored weeklong seminars aboard the sixty-five-foot schooner, with subjects ranging from navigation, anthropology, and whale research to poetry, writing, music, and photography. Psychologist James Hillman taught a seminar on the role of animals in dreams; scientist Lynn Margulis discussed the Gaia Hypothesis; poet Gary Snyder pondered the role of killer whales and bears in Haida mythology. Robert Bly, Gretel Ehrlich, Richard Nelson, Paul Winter, Art Wolfe, and William Stafford were among the many others who taught aboard Crusader. Jonathan’s first book, “Talking on the Water,” grew out of these experiences.

While on a seminar in Southeast Alaska, Crusader ran aground on a spring tide. After nearly losing the boat, Jonathan vowed to learn more about this mysterious and implacable force. Ten years of research took him to five continents where he saw the largest, fastest, scariest and most amazing tides in the world. With Lukasi Nappaaluk, an Inuit elder, he slithered through a hole in the Arctic ice and gathered mussels in the dark cavities left behind by a dropping tide. In China, he witnessed the world’s largest tidal bore, a 25-foot wave that charges upriver at twenty miles an hour. And at the Royal Society of London, he learned that Plato and Aristotle, Leonardo de Vinci, Newton, Descartes, and many other noted thinkers had been captivated – and befuddled — by the tide’s mystery. The book that led to Galileo’s arrest for heresy by the Catholic Church, in fact, was a treatise originally called “The Flux and Reflux of the Tides.” It’s been that important to mankind for centuries. But the story has never been properly told.

Tides: The Science and Spirit of the Ocean by Jonathan White  GOODREADS   –   AMAZON

My thoughts: Tides: The Science and Spirit of the Ocean by Jonathan White is a quick, easy read that tells of the relationship between our oceans, the sun, the moon, and humanity. White has written a very informative read that is full of history, astronomy, tourism, current events, and physics all while adding his personal experiences of various locations described in Tides.  A fun read that is told through the pen of an adventurer.   ** I received a complimentary copy in exchange for my honest and unbiased review. This post contains affiliate links and I will be compensated if you make a purchase after clicking on my links.**