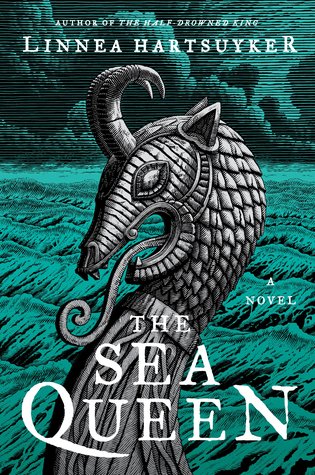 The Sea Queen: The Half-Drowned King #2 by Linnea Hartsuyker has an expected publication date of August 14th, 2018 by Harper and is a historical fiction novel. Six years after The Half-Drowned King, Ragnvald Eysteinsson is now king of Sogn, but fighting battles for King Harald keeps him away from home, as he confronts treachery and navigates a political landscape that grows more dangerous the higher he rises.

Ragnvald’s sister Svanhild has found the freedom and adventure she craves at the side of the rebel explorer Solvi Hunthiofsson, though not without a cost. She longs for a home where her quiet son can grow strong, and a place where she can put down roots, even as Solvi’s ambition draws him back to Norway’s battles again and keeps her divided from her brother.

As a growing rebellion unites King Harald’s enemies, Ragnvald suspects that some Norse nobles are not loyal to Harald’s dream of a unified Norway. He sets a plan in motion to defeat all of his enemies, and bring his sister back to his side, while Svanhild finds herself with no easy decisions, and no choices that will leave her truly free. Their actions will hold irrevocable repercussions for the fates of those they love and for Norway itself.

The Sea Queen returns to the fjords and halls of Viking-Age Scandinavia, a world of violence and prophecy, where honor is challenged by shifting alliances, and vengeance is always a threat to peace. 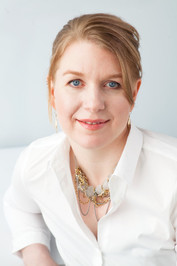 About the author: Linnea Hartsuyker is a full-time writer of historical fiction with an MFA in Creative Writing from NYU and a BS in Material Science and Engineering from Cornell University. She lives and works in New York City. She is also an avid knitter, strongwoman competitor, traveler, and cook, and a reader of all genres of fiction and non-fiction.

My thoughts: The Sea Queen is a remarkable and compelling second book in The Half-Drowned King book series. Hartsuyker has a wonderful grasp of Viking lore and history which has helped her create a wonderful set of characters that are rich in history with intriguing backstories. The characters are well-developed and rich in conflict. The Sea Queen is an engaging read that is sure to draw you into a world unlike any other. The perfect read for anyone who loves a good historical fiction novel. ** I received a complimentary copy in exchange for my honest and unbiased review. This post contains affiliate links and I will be compensated if you make a purchase after clicking on my links.**