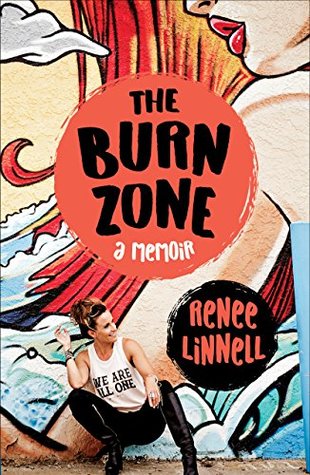 The Burn Zone: A Memoir by Renee Linnell has an expected publication date of October 9th, 2018 by She Writes Press. After seven years of faithfully following her spiritual teacher, Renee Linnell finally realized she was in a cult and had been severely brainwashed. But how did that happen to someone like her? She had graduated magna cum laude with a double degree. She had traveled to nearly fifty countries alone before she turned thirty-five. She was a surf model and a professional Argentine tango dancer. She had started five different companies and had an MBA from NYU. How could someone like her end up brainwashed and in a cult?

The Burn Zone is an exploration of how we give up our power―how what started out as a need to heal from the loss of her parents and to understand the big questions in life could leave a young woman fighting for her sanity and her sense of self. In the years following her departure from the cult, Linnell struggled to reclaim herself, to stand in her truth, and to rebuild her life. And eventually, after battling depression and isolation, she found a way to come out the other side stronger than ever. Part inspirational story, part cautionary tale, this is a memoir for spiritual seekers and those who feel lost in a world that makes them feel less than perfect

One week after graduation she took off: intent on pursuing her wanderlust, Renee moved to Oahu, Hawaii where she was coached into larger and larger waves by some of the legends of big wave surfing and became a model. This job took her around the globe, where she got stranded at 22,000 feet in the Himalayas, posed in a bikini in a New Zealand ice cave moments before it collapsed, got mugged in Prague, got electrocuted in the Maldives, flew with the famous Village People band in the Outback of Australia, sailed around the islands of French Polynesia with a stranger delivering a sailboat, wake surfed in crocodile infested water while being detained by militia in Panama, and had many more outrageous adventures until she landed a job living in a tree house and co-managing Tavarua Island, one of the world’s most prestigious surf resorts in Fiji.

From there she continued her travels, visiting close to fifty countries, many of them on her own. At age 26 Renee woke up on the floor of a van in Portugal (Chapter 10 of the memoir) with a sudden knowing that her next step in life was to become a professional latin-ballroom dancer. She flew immediately to Los Angeles and within a week landed a job teaching at a dance studio owned by a world champion latin-ballroom dancer. This job led her to Argentina where she fell in love with Tango. Because Renee was there when the economy crashed in 2001, she bought a condo and began a company importing tango shoes to the US. She also started San Diego Tango, a tango teaching and performing company, and began renting her condo to traveling tango dancers. While dancing and performing tango, Renee was invited to join a burlesque company founded by two US Champion Latin-ballroom dancers.

In 2006, Renee started an e-commerce apparel company called Bald Guys Rock in order to support a bald boyfriend and all other men (and women, with Bald Babes Rock) that had lost or were losing their hair. By age 33 her wanderlust had been quenched, but she still yearned for Freedom. One day she wandered into a meditation seminar and walked out completely changed. Choosing to jump in completely, Renee studied intensely with the spiritual teacher and got ordained as a Buddhist monk, in Bhutan, four years later.

Following the advice of her guru, she quit dancing and became a computer programmer (I know, this makes zero sense.  You will have to read the memoir for more detail). She co-founded an iPhone app company in 2009, and then, under further direction of her guru, moved to New York to attend NYU’s Executive MBA program, graduating in January 2015. She also began a business in New York, had an earth-shattering falling out with her business partner (which was well documented in the NY Tabloids), and after way too long, finally realized that maybe her guru did not have her best interest at heart. Upon reflection and introspection, she realized that she had been in a cult for close to seven years. Devastated by the realization that she had betrayed herself so completely and wondered so far away from her true Inner Knowing, Renee moved to Colorado to heal, to reset her life, and to write.

Stronger, wiser, and happier than ever, she now currently divides her time between Colorado and Southern California. www.reneelinnell.com

My thoughts: The Burn Zone is a heartfelt read that will take you on an emotional roller coaster as Linnell shares personal stories in her journey of the human spirit. A must-read for anyone who has put their spiritual growth into the hands of another. Linnell has written an honest and real book that is sure to stay with you and open your eyes to the world around you. She shares that it is ok to love yourself and self-love is sometimes the best cure. Sometimes the smallest change effects you the most. After Linnell loses a sense of herself she shares what it was like to rebuild brick by brick. A wonderful story of triumph and ones determination to gain back the power of control over your own life. The Burn Zone is a remarkable read that is sure to pull at your heartstrings. A story that will stay with you long after reading. ** I received a complimentary copy in exchange for my honest and unbiased review. This post contains affiliate links and I will be compensated if you make a purchase after clicking on my links.**