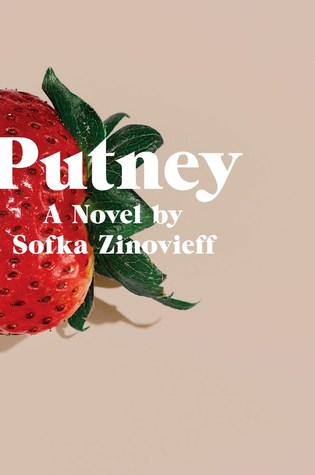 Putney by Sofka Zinovieff has a publication date of August 21st, 2018 by Harper and is a Literary Fiction Novel. A rising star in the London arts scene of the early 1970s, gifted composer Ralph Boyd is approached by renowned novelist Edmund Greenslay to score a stage adaptation of his most famous work. Welcomed into Greenslay’s sprawling bohemian house in Putney, an artistic and prosperous district in southwest London, the musical wunderkind is introduced to Edmund’s beautiful activist wife Ellie, his aloof son Theo, and his young daughter Daphne, who quickly becomes Ralph’s muse.

Ralph showers Daphne with tokens of his affection—clandestine gifts and secret notes. In a home that is exciting but often lonely, Daphne finds Ralph to be a dazzling companion for many years. When Ralph accompanies Daphne alone to meet her parents in Greece, their relationship intensifies irrevocably. One person knows the truth about their relationship: Daphne’s best friend Jane, whose awe of the intoxicating Greenslay family ensures her silence.

Decades later Daphne is back in London. After years lost to decadence and drug abuse, she is struggling to create a normal, stable life for herself and her adolescent daughter. When circumstances bring her back in touch with her long-lost friend, Jane, their reunion inevitably turns to Ralph, now a world-famous musician also living in the city. Daphne’s recollections of her youth and her growing anxiety over her own young daughter eventually lead to an explosive realization that propels her to confront Ralph and their years spent together.

Masterfully told from three diverse viewpoints—victim, perpetrator, and witness—Putney is a subtle and enormously powerful novel about consent, agency, and what we tell ourselves to justify what we do, and what others do to us. 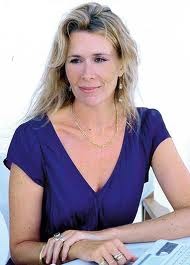 About the author: Sofka Zinovieff was born in London and was educated at Cambridge. She has worked as a freelance journalist and lived in Moscow and Rome before settling in Athens with her Greek husband and their two daughters in 2001. Her book, Red Princess: A Revolutionary Life has been translated into ten languages and she is the author of Eurydice Street: A Place in Athens.

My thoughts: Putney is a beautifully written story about the illicit romance between Daphne and Ralph. A love affair where age does not matter. This novel was a little hard to read given the fact that the relationship is between a grown man and a thirteen-year-old which is inappropriate. Zinovieff writes in a way that slowly builds the story and helps to add background to the characters. This novel explores topics that are complicated and inappropriate. Putney is full of female friendship, mental health, memory, and fidelity. Overall, I am not sure how I feel about this novel so readers should read at their own risk.   ** I received a complimentary copy in exchange for my honest and unbiased review. This post contains affiliate links and I will be compensated if you make a purchase after clicking on my links.**