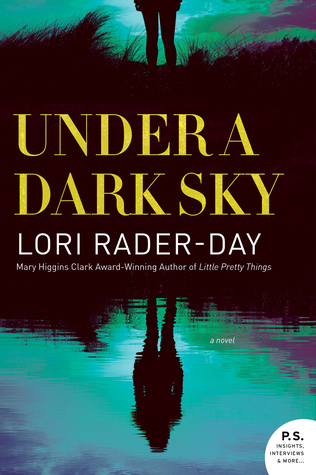 From the critically-acclaimed author of The Day, I Died comes a terrifying twist on a locked-room mystery that will keep readers guessing until the last page.

Since her husband died, Eden Wallace’s life has diminished down to a tiny pinprick, like a far-off star in the night sky. She doesn’t work, has given up on her love of photography, and is so plagued by night terrors that she can’t sleep without the lights on. Everyone, including her family, has grown weary of her grief. So when she finds paperwork in her husband’s effects indicating that he reserved a week at a dark sky park, she goes. She’s ready to shed her fear and return to the living, even if it means facing her paralyzing phobia of the dark.

But when she arrives at the park, the guest suite she thought was a private retreat is teeming with a group of twenty-somethings, all stuck in the orbit of their old college friendships. Horrified that her get-away has been taken over, Eden decides to head home the next day. But then a scream wakes the house in the middle of the night. One of the friends has been murdered. Now everyone—including Eden—is a suspect.

Everyone is keeping secrets, but only one is a murderer. As mishaps continue to befall the group, Eden must make sense of the chaos and lies to evade a ruthless killer—and she’ll have to do it before dark falls…

About the author: LORI RADER-DAY, author of Under a Dark Sky, The Day I Died, The Black Hour, and Little Pretty Things, is the recipient of the 2016 Mary Higgins Clark Award and the 2015 Anthony Award for Best First Novel. Lori’s short fiction has appeared in Ellery Queen Mystery Magazine, Time Out Chicago, Good Housekeeping, and others. She lives in Chicago, where she is the co-chair of the mystery reader conference Murder and Mayhem in Chicago.

My Review: Under a Dark Sky is a nail-biting, spine-chilling read that is sure to keep you up at night. This fast-paced read takes you along for a suspenseful read as you follow several friends who find themselves in the middle of a murder. Who is the suspect and why?

Rader-Day has written a captivating read that progresses perfectly making you question every motive. Every suspect seems to have a different motive. Who was the killer?  Under a Dark Sky will have you unsure of what is lurking beyond the next page, next chapter.

Every character has a hidden secret and a dark backstory that slowly comes to light that unfolds at just the right time to make this a thrilling read.  You will enjoy the character building of each character and their personal backstories. A storyline of  “who done it” that keeps you guessing and second-guessing.

Under a Dark Sky grabs your attention from the start and keeps you interested as you try to decide who the suspect is. Just when you think you have solved the crime an unexpected twist will catch you off guard. You quickly discover you have assigned guilt to the wrong character. A dark story plays out into an even darker place where no one can escape. Under a Dark Sky is the perfect read for anyone who loves a suspenseful mystery that is sure to keep you up at night.  ** I received a complimentary copy in exchange for my honest and unbiased review. This post contains affiliate links and I will be compensated if you make a purchase after clicking on my links.**