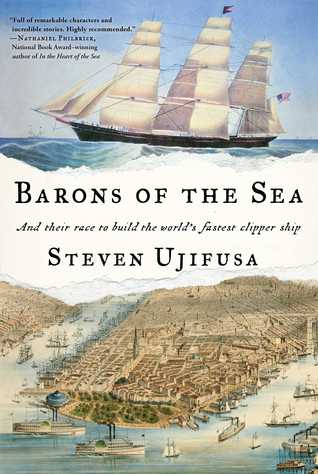 Barons of the Sea: And their Race to Build the World’s Fastest Clipper Ship by Steven Ujifusa– Published July 17th, 2018 by Simon Schuster

There was a time, back when the United States was young and the robber barons were just starting to come into their own when fortunes were made and lost importing luxury goods from China. It was a secretive, glamorous, often brutal business—one where teas and silks and porcelain were purchased with profits from the opium trade. But the journey by sea to New York from Canton could take six agonizing months, and so the most pressing technological challenge of the day became ensuring one’s goods arrived first to market, so they might fetch the highest price.

“With the verse of a natural dramatist” (The Christian Science Monitor), Steven Ujifusa tells the story of a handful of cutthroat competitors who raced to build the fastest, finest, most profitable clipper ships to carry their precious cargo to American shores. They were visionary, eccentric shipbuilders, debonair captains, and socially ambitious merchants with names like Forbes and Delano—men whose business interests took them from the cloistered confines of China’s expatriate communities to the sin city decadence of Gold Rush-era San Francisco, and from the teeming hubbub of East Boston’s shipyards and to the lavish sitting rooms of New York’s Hudson Valley estates.

Elegantly written and meticulously researched, Barons of the Seais a riveting tale of innovation and ingenuity that “takes the reader on a rare and intoxicating journey back in time” (Candice Millard, bestselling author of Hero of the Empire), drawing back the curtain on the making of some of the nation’s greatest fortunes, and the rise and fall of an all-American industry as sordid as it was genteel. 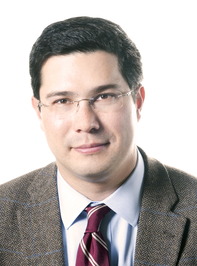 About the author:  Steven Ujifusa is a historian and a resident of Philadelphia, Pennsylvania. He has written numerous articles on architecture and urban history for PlanPhilly.com and PhillyHistory.org. When he is not writing, he enjoys singing, photography, rowing on the Schuylkill River, and travel. A native of New York City and raised in Chappaqua, New York, Steven received his undergraduate degree in history from Harvard University and a joint masters in historic preservation and real estate development from the University of Pennsylvania. He also serves on the advisory council of the SS United States Conservancy, a national nonprofit dedicated to saving the great ship and preserving her historical legacy.  “A Man and His Ship” is his first book. “The Wall Street Journal” named it as one of their top ten nonfiction books of 2012.

My Review: Barons of the Sea tells a story of the engaging and interesting history of the clipper ship era. The competition between merchants to have the fastest vessels to deliver goods first while not damaging the goods or the ships. An excellently written story that covers not only the design and building but the races of the clipper ships. There is a large section of the book that is devoted to the historical examination of the China trade in the mid-1800’s. Barons of the Sea shares the colorful characters who made and sometimes lost their fortunes in trade. Ujifusa has really done his research and it shows in his writing with a long list of sources including photos, detail descriptions, and drawings. Barons of the Sea is an interesting read that is sure to draw you into another world and another time. ** I received a complimentary copy in exchange for my honest and unbiased review. This post contains affiliate links and I will be compensated if you make a purchase after clicking on my links.**