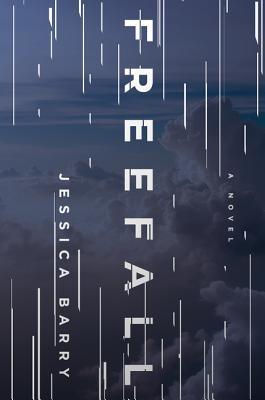 A propulsive debut novel with the intensity of Luckiest Girl Alive and Before the Fall, about a young woman determined to survive and a mother determined to find her.

When your life is a lie, the truth can kill you.

When her fiancé’s private plane crashes in the Colorado Rockies, Allison Carpenter miraculously survives. But the fight for her life is just beginning. For years, Allison has been living with a terrible secret, a shocking truth that powerful men will kill to keep buried. If they know she’s alive, they will come for her. She must make it home.

In the small community of Owl Creek, Maine, Maggie Carpenter learns that her only child is presumed dead. But authorities have not recovered her body—giving Maggie a shred of hope. She, too, harbors a shameful secret: she hasn’t communicated with her daughter in two years since a family tragedy drove Allison away. Maggie doesn’t know anything about her daughter’s life now—not even that she was engaged to wealthy pharmaceutical CEO Ben Gardner, or why she was on a private plane.

As Allison struggles across the treacherous mountain wilderness, Maggie embarks on a desperate search for answers. Immersing herself in Allison’s life, she discovers a sleek socialite hiding dark secrets. What was Allison running from—and can Maggie uncover the truth in time to save her?

Told from the perspectives of a mother and daughter separated by distance but united by an unbreakable bond, Freefall is a riveting debut novel about two tenacious women overcoming unimaginable obstacles to protect themselves and those they love. 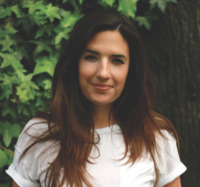 About the author: Jessica Barry is a pseudonym for an American author who grew up in a small town in Massachusetts and was raised on a steady diet of library books and PBS.

She attended Boston University, where she majored in English and Art History, before moving to London in 2004 to pursue an MA from University College London.

She lives with her husband, Simon, and their two cats, Roger Livesey, and BoJack Horseman.

My Review: Freefall by Jessica Barry is a captivating mystery thriller that is sure to keep you on the edge of your seat never knowing what will happen next. A story with unexpected twists and turns. A fast-paced well-written thriller that I could not turn the pages fast enough. Maggie Carpenter is devastated to hear the news her daughter, Allison, died in a plane crash. They have not spoken to each other during the last two years but Maggie is determined to find out more about Allison’s life leading up to the crash. What no one expects is that Allison did not actually die. She just does not want anyone to know she is alive.  A grieving mother searching for answers and a daughter who seems to be running from her past. Told from both the mother and daughter’s points of view making this a suspenseful and intriguing read.

Why would she want to keep the fact that she survived secret? You will have to read to find out! Barry has brilliantly written a story of suspense, mystery, and intrigue with characters that are relatable and sure to capture your heart. Freefall is a real emotional roller coaster of a read with an ending you will never see coming. I highly recommend Freefall to anyone who loves a suspenseful mystery thriller that is sure to keep you up at night. ** I received a complimentary copy in exchange for my honest and unbiased review. This post contains affiliate links, and I will be compensated if you make a purchase after clicking on my links.**