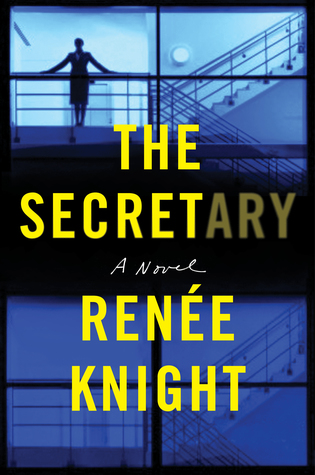 The Secretary by Renée Knight

Renée Knight follows up her international sensation Disclaimer with this shivery tale of psychological suspense, featuring a character as disturbing and compelling as Mrs. Danvers in Daphne Du Maurier’s Rebecca.

From her first day as Personal Assistant to the celebrated Mina Appleton, Christine Butcher understands what is expected of her. Absolute loyalty. Absolute discretion. For twenty years, Christine has been a most devoted servant, a silent witness to everything in Mina’s life. So quiet, you would hardly know she is there.

Day after day, year after year, Christine has been there, invisible—watching, listening, absorbing all the secrets floating around her. Keeping them safe.

Christine is trusted. But those years of loyalty and discretion come at a high price. And eventually, Christina will pay.

Yet, it would be a mistake to underestimate such a steadfast woman. Because as everyone is about to discover, there’s a dangerous line between obedience and obsession. 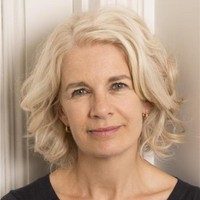 About the author: Renée Knight worked for the BBC directing arts documentaries before turning to write. She has had TV and film scripts commissioned by the BBC, Channel Four and Capital Films. In April 2013 she graduated from the Faber Academy ‘Writing a Novel’ course. She lives in London with her husband and two children.

Review of The Secretary by Renée Knight

The Secretary is a suspenseful mystery thriller by Renée Knight. A different kind of thriller that focuses on business malpractice and perverting the course of justice with misplaced loyalty and power games. Told from Christine’s point of view who is the eponymous secretary and narrator as she tells of the years that she worked for Appleton. Her loyalty to her boss and the company cost her a marriage and her relationship with her daughter. Knight writes a suspenseful and tension-filled story that pulls you in as you come to realize how easily the power can shift in an employer and employee situation. The Secretary is a captivating story with an explosive plot, twists and turns, and an unexpected ending that is sure to hook you from the beginning. ** I received a complimentary copy in exchange for my honest and unbiased review. This post contains affiliate links and I will be compensated if you make a purchase after clicking on my links.**