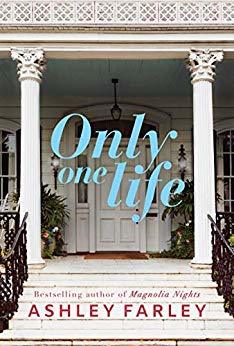 Only One Life by Ashley Farley – A reunion between an estranged mother and daughter opens a world of secrets in a poignant novel by the bestselling author of Magnolia Nights.

Julia Martin grew up wealthy, but it wasn’t until she met her husband, Jack, that she knew true happiness. He made her feel worthy and loved. Their marriage was also an escape from her sister’s bullying, her father’s scrutiny, and her chilly and enigmatic mother. But when tragedy strikes on the night she gives birth, Julia’s happiness is shattered. She has no choice but to return home to her family’s South Carolina mansion, where the grief and guilt buried in her mother’s past await her.

As a young woman trapped in a bitter marriage, Julia’s mother, Iris, once needed her own means of escape. In Lily, she found a best friend. In the flower shop they opened, she discovered independence. Then came a transgression—unforgivable, unforgettable, and unresolved—that changed Iris’s life forever.

Now, in Iris’s most desperate hour, her only hope is to regain the trust of the daughter she loves—and to share the secrets of the heart that could rebuild a family’s broken bonds. 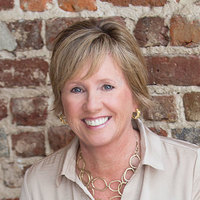 About the author: Ashley Farley writes books about women for women. Her characters are mothers, daughters, sisters, and wives facing real-life issues. Her goal is to keep you turning the pages until the wee hours of the morning. If her story stays with you long after you’ve read the last word, then she’s done her job.

After her brother died in 1999 of an accidental overdose, she turned to writing as a way of releasing her pent-up emotions. She wrote SAVING BEN in honor of Neal, the boy she worshipped, the man she could not save.

Ashley is a wife and mother of two young adult children. While she’s lived in Richmond, Virginia for the past 21 years, part of her heart remains in the salty marshes of the South Carolina Lowcountry where she grew up. Through the eyes of her characters, she’s able to experience the moss-draped trees, delectable cuisine, and kind-hearted folks with lazy drawls that make the area so unique.

Review of Only One Life

Only One Life is a lovely novel rich in family history, secrets, love, drama, and heartbreak. In the small town of Beaufort, South Carolina,  Julia and Jack Martin are anxiously waiting for the birth of their baby after struggling in the past. Farley’s captivating writing style draws you in and holds your attention.  Only One Life explores real-life experiences both good and bad in a beautifully written story that keeps you wanting more. Although I did not want the book to end, I could not stop reading until I found out how the story would end. A beautifully written novel that I highly recommend!  ** I received a complimentary copy in exchange for my honest and unbiased review. This post contains affiliate links and I will be compensated if you make a purchase after clicking on my links.**