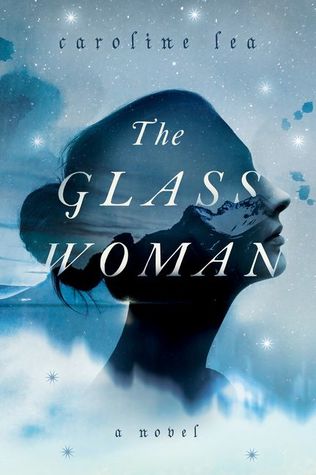 The Glass Woman: A Novel by Caroline Lea
Rósa has always dreamed of living a simple life alongside her Mamma in their remote village in Iceland, where she prays to the Christian God aloud during the day, whispering enchantments to the old gods alone at night. But after her father dies abruptly and her Mamma becomes ill, Rósa marries herself off to a visiting trader in exchange for a dowry, despite rumors of mysterious circumstances surrounding his first wife’s death.

Rósa follows her new husband, Jón, across the treacherous countryside to his remote home near the sea. There Jón works the field during the day, expecting Rósa to maintain their house in his absence with the deference of a good Christian wife. What Rósa did not anticipate was the fierce loneliness she would feel in her new home, where Jón forbids her from interacting with the locals in the nearby settlement and barely speaks to her himself.

Seclusion from the outside world isn’t the only troubling aspect of her new life—Rósa is also forbidden from going into Jón’s. When Rósa begins to hear strange noises from upstairs, she turns to the local woman in an attempt to find solace. But the villager’s words are even more troubling—confirming many of the rumors about Jón’s first wife, Anna, including that he buried her body alone in the middle of the night.

Rósa’s isolation begins to play tricks on her mind: What—or who—is in the attic? What happened to Anna? Was she mad, a witch, or just a victim of Jón’s ruthless nature? And when Jón is brutally maimed in an accident a series of events are set in motion that will force Rósa to choose between obedience and defiance—with her own survival and the safety of the ones she loves hanging in the balance. 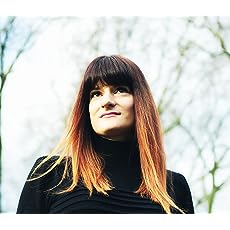 About the author: Caroline Lea was born and raised in Jersey. She gained a First in English Literature and Creative Writing from Warwick University and has had poetry published in The Phoenix Anthology and An Aston Anthology, which she also co-edited. When the Sky Fell Apart is her first novel.

Review of The Glass Woman

The Glass Woman is a mystery novel written by Caroline Lea. A captivating story that is haunting and chilling which I devoured in one sitting! Iceland in the 17th Century comes to life on the pages as you feel for the characters and their story of struggles just to survive their daily life. The perfect setting for Rosa who marries for practical reasons and not for love. Soon she hears the gossip of her husband Jon’s first wife’s death involved witchcraft. Lea has written a deeply sinister story about Rosa’s new life and draws you into a harsh environment where death is only ever a breath away.  The Glass Woman is gorgeously addictive with never a dull moment.  A heartbreaking tale to fall into that it is unpredictable. I highly recommend. ** I received a complimentary copy in exchange for my honest and unbiased review. This post contains affiliate links and I will be compensated if you make a purchase after clicking on my links.**