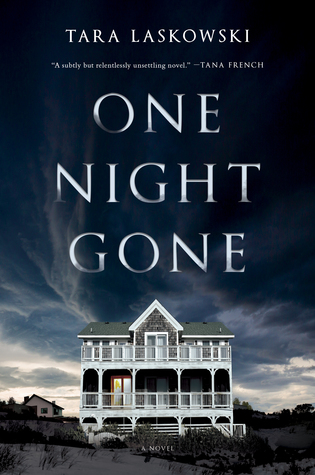 One sultry summer, Maureen Haddaway arrives in the wealthy town of Opal Beach to start her life anew—to achieve her destiny. There, she finds herself lured by the promise of friendship, love, starry skies, and wild parties. But Maureen’s new life just might be too good to be true, and before the summer is up, she vanishes.

Decades later, when Allison Simpson is offered the opportunity to house-sit in Opal Beach during the off-season, it seems like the perfect chance to begin fresh after a messy divorce. But when she becomes drawn into the mysterious disappearance of a girl thirty years before, Allison realizes the gorgeous homes of Opal Beach hide dark secrets. And the truth of that long-ago summer is not even the most shocking part of all.. 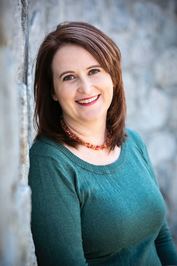 About the author: (from goodreads.com) TARA LASKOWSKI is the award-winning author of two short story collections, Modern Manners for Your Inner Demons and Bystanders, which was named a best book of 2017 by Jennifer Egan in The Guardian. Her debut novel One Night Gone will be published in October 2019 by Graydon House Books. She has had stories published in Alfred Hitchcock’s Mystery Magazine, Mid-American Review, and the Norton anthology New Micro: Exceptionally Short Fiction, among others. Her Ellery Queen’s Mystery Magazine story, “States of Matter,” was selected by Amy Hempel for the 2017 Best Small Fictions anthology, and her short story “The Case of the Vanishing Professor” is a finalist for the 2019 Agatha Award. Tara was the winner of the 2010 Santa Fe Writers Project’s Literary Awards Prize, has been the editor of the popular online flash fiction journal SmokeLong Quarterly since 2010, and is a member of Sisters in Crime. She and her husband, writer Art Taylor, write the column Long Story Short at the Washington Independent Review of Books. She earned a BA in English with a minor in writing from Susquehanna University and an MFA in creative writing from George Mason University. She grew up in Pennsylvania and lives in Virginia.  www.taralaskowski.com

Review of One Night Gone

One Night Gone is a thrilling mystery suspense novel by Tara Laskowski. A story that draws you in from the beginning and holds your attention until the end. You will get attached to the characters and feel for the pain and drama they endure. The more you learn about the town and its history. the more secrets that were buried years ago come to light and the mystery starts to unfold. The characters are intriguing and relatable but lots of layers making it hard to know who done it!  Laskowski writes in a way that brings the story alive! You will feel as if you are in One Night Gone right in the middle of the story. There are unexpected twists and turns that are sure to leave you guessing until the unexpected shocking end! You will want to grab your tissues for this one.  I highly recommend One Night Gone by Tara Laskowski! *I received a complimentary copy in exchange for an honest and unbiased review.*