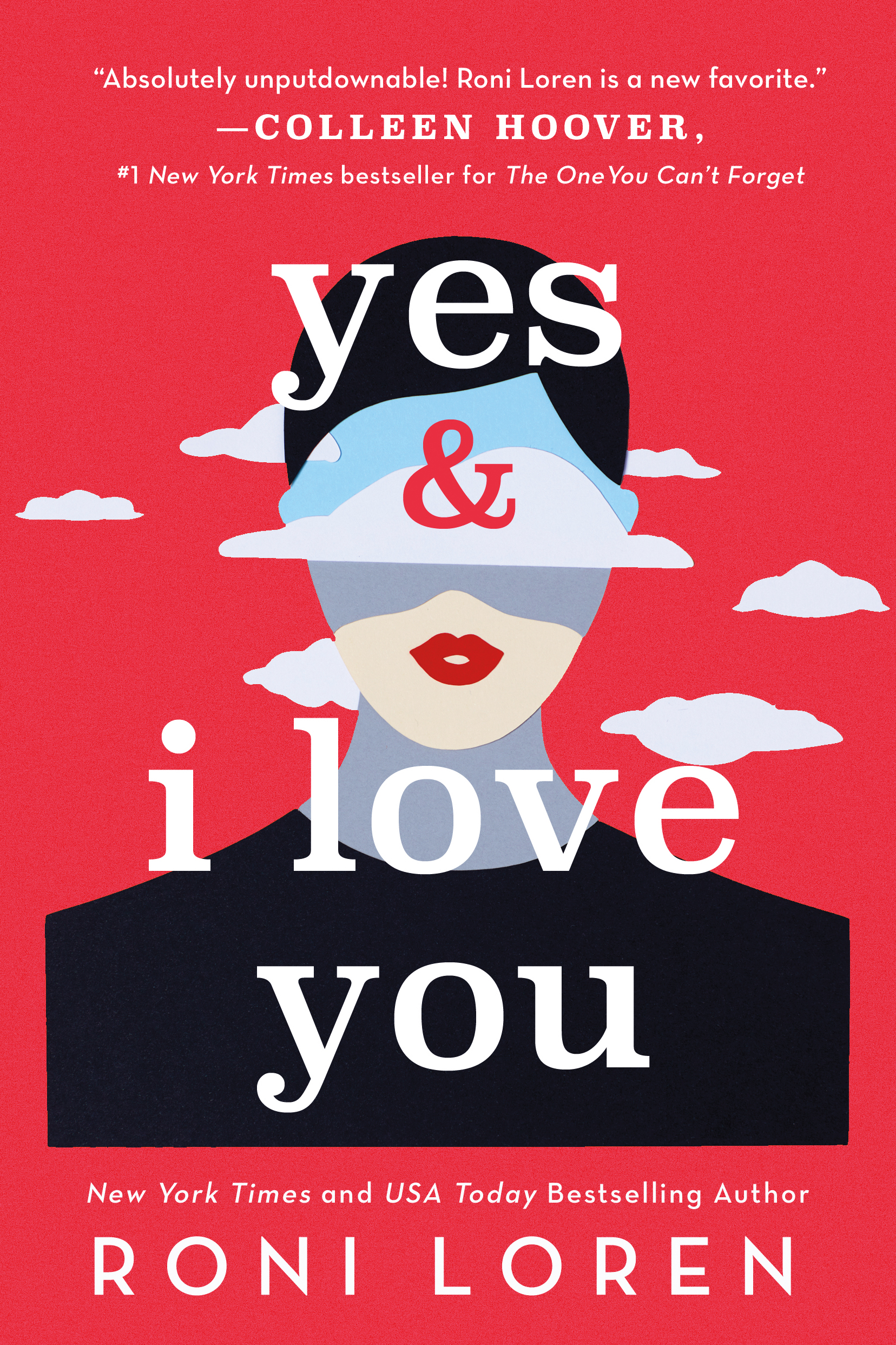 Everyone knows Miz Poppy, the vibrant reviewer whose commentary brightens the New Orleans nightlife. But no one knows Hollyn Tate, the real face behind the media star…or the anxiety that keeps her isolated. All her life, Hollyn’s tried to hide her true self behind an online façade, but when her boss tells her she needs to reveal the truth to the world or lose her job, she’s forced to rely on an unexpected source to help face her fears.

Enter Jasper Deares: actor, newly minted fake boyfriend, and way, way out of her league. Hollyn thinks Jasper must be joking when he offers private lessons to help overcome her fears. Getting up on a stage? Hello, worst nightmare. But Jasper’s infectious charm has her saying yes despite herself. They’re only supposed to be playing a few improv games, but as the lessons run longer and the lines grow blurrier, Hollyn can’t help but wonder if she’s acting at all…or if a relationship with Jasper might help give her the confidence she needs to say yes to every imperfect part of herself.

About the author: Roni Loren is a two-time RITA Award winner and a New York Times and USA Today bestselling author. She spent years as a mental health counselor, but now she writes full time from her cozy office in Dallas, Texas, where she puts her characters on the therapy couch instead. Visit her online at roniloren.com.

Jasper remained hunched in the passenger seat, half-turned to the side, as Hollyn pulled onto the
road and made her way to I-10. She was sweating now, too, and her fingers were tapping a four
count on the steering wheel. She was probably supposed to talk to distract him. That was what
people did in these situations, right? She’d seen those kinds of scenes in movies.
“This won’t take long,” she said, not looking his way. “Fifteen minutes tops. Maybe you
just have food poisoning or something.”
“Right.”
“Or maybe your organs are going to explode.”
He made a choked sound, but then she realized he was laughing—or at least attempting to
in between whatever pain he was dealing with. “Gee, doc, you really know how to delicately lay
out my condition.”
“My sympathy meter for you is low right now.”
He lifted his glasses and rubbed his eyes. “I know. I’m really sorry. Like really, epically
sorry.”
“Whatever.”
A few seconds of silence passed and he looked over at her. “Can you keep talking? Even
if it’s just to tell me what an ass I am. Anything to distract me from this stabbing pain.”
Keep talking. The plea made her throat want to close up, Jasper’s attention on her too
intense. She could feel her tics ramping up. “I don’t know what else to say. Ask me something.”
“Favorite color.”
She wet her lips. “Blue.”
“What’s your last name?”
“Tate. Yours?”
“Deares.”
She turned to look at him. “Dearest? Like your mom is Mommy Dearest?”
He sniffed derisively. “It’s Deares without the T. And that’s an old joke, Hollyn Tate.”
“Not to me.” She felt the corners of her mouth hitch up a little. “Jasper Dearest. I
sound like your 1950s wife calling you to come to the dinner table and eat your pot roast.”
Oh God, did I say that out loud? I just called myself his wife.
He snorted. “Too bad your name isn’t Hollyn Darling. We could get our own retro TV
show.”
The tight feeling in her chest eased a little. “I’d have to learn to make pot roast.”
“Not a food blogger then, huh?” He leaned back against the headrest and closed his eyes.
“What do you do? My money’s on CIA operative.”
She focused on his profile for a moment, which was oddly compelling, the slight bump in
his nose somehow making him that much more interesting to look at—imperfectly handsome.
She turned her attention back to the road. She didn’t need to be thinking about his nose or how
handsome he was. Asshole, remember? “I do a lot of freelance writing, but not about food.
Mostly about movies and entertainment.”
“I love movies. You like your job?”
“Mostly, but it’s a lot of scrambling. I’m hoping to find a full-time position one of these
days. You know the magical kind that comes with insurance and a steady paycheck?”
“Jobs like that exist?” He shifted in his seat and let out a soft grunt of pain.
“I’ve heard rumors.”
“Fascinating.” He reached out and angled the air-conditioning vent toward him.

She took a breath, trying to settle into the rhythm of the conversation. “So you do coffee
and improv.”
“Yeah. And I’m going to teach some classes at WorkAround.”
“On how to trash your coworkers?”
Jasper’s head turned her way again. “Ouch.”
She didn’t look over at him. No way was she apologizing. She needed to remember she
was mad, that he’d been a jerk. Not get distracted by his hotness or his struggling-actor state.
“Look, Hollyn,” he said, his voice quiet. “I’m truly sorry. What you saw tonight…that
isn’t the spirit of our show.” He paused and took a ragged breath, like the speech was a lot of
work. “I made a mistake. The serial-killer thing naturally brought my mind to Andi, and I bet if
you asked her, she wouldn’t have taken what I said seriously. When I talked to her, she made fun
of her own obsession. She embraces her weirdness.”
“Right,” Hollyn said, jaw tightening. “So I should just be cool with being made fun
of. I’m the one who’s too sensitive. Got it.”
“God, no,” he said with frustration. “I’m saying I was a dick to use you in the
monologue, and I’m sorry. I didn’t know about your tics. I just thought you were annoyed with
me.”
Her grip tightened on the steering wheel as she took the exit for Canal Street, and she
inhaled a deep breath. “I’ve grown out of the worst of them but they flare up when
I’m…nervous.”
She could feel him watching her, and her fingers tapped more quickly.
“So I made you nervous?” he asked.
“Yes.”
He frowned in her periphery. “Why?”
She rubbed her lips together, not liking this line of questioning at all. Because you were
funny and boy beautiful and have the sexiest smirk. “I’m not great with new people.”
He shifted in the seat again. “Good thing I’m not new anymore. You can relax now.”
She glanced over. The guy looked like hell. Flushed and sweating. But his eyes had a
little spark of invitation in them.
“You’re still exceptionally new,” she said. “Cellophane wrapped with the price tag still
on.”
“Nope. The seal’s been broken. We’ve texted. You helped me limp off a city street. Hey,
we’ve even had our first fight and planned our TV show, Hollyn Darling. I’m no longer new to
you.” He winced and gripped his side. “We’re old friends now.”
She stared at him for a moment, part of her wishing it could be true. But who was she
kidding? One, how could she trust that any interaction they had wasn’t going to turn into
material? And two, she’d been fooling herself when she’d thought they’d been flirting. Jasper
was a comedian. Funny quips were his business. Charm was his currency. She’d read the whole
situation wrong. “We’re not friends, Jasper.”