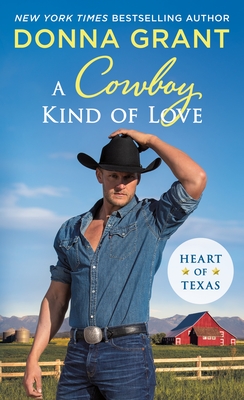 Jace Wilder has been rebuilding his life since the love of his life, Taryn, up and left town unexpectedly. But when she mysteriously returns, Jace’s dependable world comes crashing down. Taryn is hiding a dangerous secret, and no matter how hard he tries, Jace can’t stay away—especially when Taryn is at risk. And especially when the attraction he thought he’d buried long ago is back and hotter than ever. Will he be able to trust Taryn again?

Taryn Hillman’s world fell apart one horrifying night, and it’s never been the same since. When she sees a small chance at untangling herself, she takes it, though it means returning to Clearview—and seeing Jace again. But when he vows to protect her, will Taryn take a chance, and this time, never let him go?

About the Author: Donna is the New York Times and USA Today bestselling author of over a hundred novels. Her most popular series is the breathtaking Dark King (aka Dragon King) series featuring dragons, immortal Highlanders, and the Fae.

In addition to her novels, Donna has written short stories, novellas, and novelettes for digital-first and print release. She has been dubbed as giving the “paranormal genre a burst of fresh air” by the San Francisco Book Review. Her work has been hailed as having “deft plotting and expert characterization” by Publisher’s Weekly and “sizzling” by RT Book Reviews.

She has been recognized with awards from both bookseller and reader contests including the National Reader’s Choice Award, Booksellers Best Award, as well as the coveted K.I.S.S. Award from RT Book Reviews.

Donna travels often for various speaking engagements, conferences, and book signings. She is also a frequent workshop presenter at national conferences such as RT Book Lovers Convention and Thrillerfest, as well as local chapters.

Review of A Cowboy Kind of Love

A Cowboy Kind of Love is the sixth book in the Heart of Texas series by Donna Grant. A captivating romantic suspense with a sexy cowboy and lots of drama. The characters are well-written with intriguing backstories that are relatable. The story pulls you in from the beginning and holds your attention until the very until all while the story unfolds at a smooth, steady pace that is sure to leave you wanting more. *I received a complimentary copy in exchange for a review.*