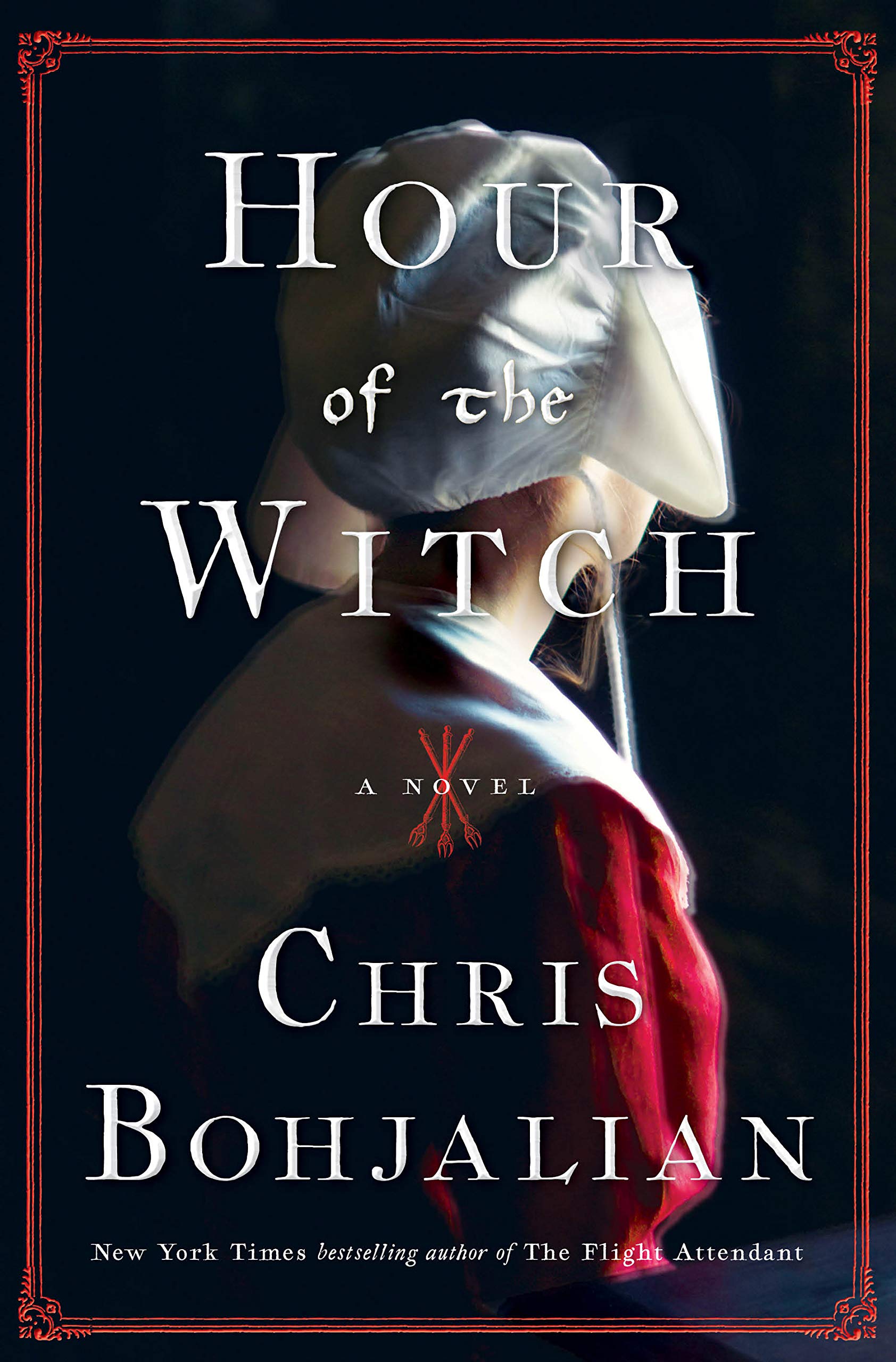 Hour of the Witch by Chris Bohjalian – A young Puritan woman–faithful, resourceful, but afraid of the demons that dog her soul–plots her escape from a violent marriage in this riveting and propulsive historical thriller from the #1 New York Times bestselling author of The Flight Attendant.

Boston, 1662. Mary Deerfield is twenty-four-years-old. Her skin is porcelain, her eyes delft blue, and in England she might have had many suitors. But here in the New World, amid this community of saints, Mary is the second wife of Thomas Deerfield, a man as cruel as he is powerful. When Thomas, prone to drunken rage, drives a three-tined fork into the back of Mary’s hand, she resolves that she must divorce him to save her life. But in a world where every neighbor is watching for signs of the devil, a woman like Mary–a woman who harbors secret desires and finds it difficult to tolerate the brazen hypocrisy of so many men in the colony–soon finds herself the object of suspicion and rumor. When tainted objects are discovered buried in Mary’s garden, when a boy she has treated with herbs and simples dies, and when their servant girl runs screaming in fright from her home, Mary must fight to not only escape her marriage, but also the gallows. A twisting, tightly plotted thriller from one of our greatest storytellers, Hour of the Witch is a timely and terrifying novel of socially sanctioned brutality and the original American witch hunt. 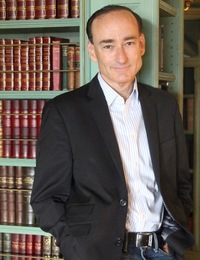 About the Author: Chris Bohjalian is the #1 New York Times bestselling author of 21 books. His work has been translated into 35 languages and three times become movies.

His forthcoming novel, “Hour of the Witch,” arrives on May 4, 2021. It’s a novel of historical suspense set in 1662 Boston, a tale of the first divorce in North America for domestic violence — and a subsequent witch trial.

His most recent novel, “The Red Lotus,” just arrived in paperback. It’s a twisting story of love and deceit: an American man vanishes on a rural road in Vietnam and his girlfriend, an emergency room doctor trained to ask questions, follows a path that leads her home to the very hospital where they met. Publishers Weekly called it “a diabolical plot reminiscent of a Robin Cook thriller,” and Booklist described it as “masterful…a cerebral and dramatic dive into what happens when love turns to agony.”

He is also a playwright and screenwriter. He has adapted his novel, “Midwives,” for a play, which premiered January 21, 2020 at the George Street Playhouse, and was directed by David Saint. Broadway World said of it, “The fine playwriting by Bohjalian, the directorial talents of the Playhouse’s Artistic Director, David Saint, and the show’s accomplished cast make this play unforgettable.”

His first play, “Grounded,” premiered at the 59 East 59th Theatres in New York City in the summer of 2018 and is now available as an audiobook and eBook, “Wingspan.”

His books have been chosen as Best Books of the Year by the Washington Post, the St. Louis Post-Dispatch, the Hartford Courant, the Milwaukee Journal-Sentinel, Publishers Weekly, Library Journal, Kirkus Reviews, Bookpage, and Salon.

His awards include the Walter Cerf Medal for Outstanding Achievement in the Arts; the ANCA Freedom Award for his work educating Americans about the Armenian Genocide; the ANCA Arts and Letters Award for The Sandcastle Girls, as well as the Saint Mesrob Mashdots Medal; the New England Society Book Award for The Night Strangers; the New England Book Award; Russia’s Soglasie (Concord) Award for The Sandcastle Girls; a Boston Public Library Literary Light; a finalist for the Lambda Literary Award for Trans-Sister Radio; a Best Lifestyle Column for “Idyll Banter” from the Vermont Press Association; and the Anahid Literary Award. His novel, Midwives,was a number one New York Times bestseller, a selection of Oprah’s Book Club, and a New England Booksellers Association Discovery pick. He is a Fellow of the Vermont Academy of Arts and Sciences.

He has written for a wide variety of magazines and newspapers, including The New York Times, The Washington Post, Cosmopolitan, Reader’s Digest, and The Boston Globe Sunday Magazine. He was a weekly columnist in Vermont for The Burlington Free Press from 1992 through 2015.

He lives in Vermont with his wife, the photographer Victoria Blewer. Their daughter, Grace Experience, is a young actor in New York City. Among the audiobooks she has narrated are The Flight Attendant; Close Your Eyes, Hold Hands; and The Guest Room. Website: www.chrisbohjalian.com

Review of Hour of the Witch