Reckoning (FBI Thriller #26) by Catherine Coulter – Agents Savich and Sherlock are back in the latest installment in Catherine Coulter’s #1 New York Times bestselling FBI Thriller series, and this time both are enlisted to help women with traumatic pasts who are in mortal danger.

When she was twelve years old, Kirra Mandarian’s parents were murdered and she barely escaped with her life. Fourteen years later Kirra is a commonwealth attorney back home in Porte Franklin, Virginia, and her goal is to find out who killed her parents and why. She assumes the identity of E.N.–Eliot Ness–and gathers proof to bring down the man she believes was behind her parents’ deaths. She quickly learns that big-time criminals are very dangerous indeed and realizes she needs Dillon Savich’s help. Savich brings in Special Agent Griffin Hammersmith to work with Lieutenant Jeter Thorpe, the young detective who’d saved Kirra years before.

Emma Hunt, a piano prodigy and the granddaughter of powerful crime boss Mason Lord, was only six years old when she was abducted. Then, she was saved by her adoptive father, San Francisco federal judge Ramsey Hunt. Now a 12-year-old with a black belt in Tae Kwon Do, she narrowly saves herself from a would-be kidnapper at Davies Hall in San Francisco. Worried for her safety, Emma’s entire family joins her for her next performance, at the Kennedy Center in Washington, D.C.. Sherlock and officers from METRO are assigned to protect her, but things don’t turn out as planned… 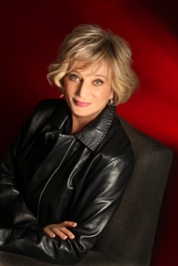 About the author: (from www.catherinecoulter.com) Catherine Coulter is the wildly popular author of 89 novels, almost all of them New York Times bestsellers. She earned her reputation writing historical romances to pass the time while aboard the ark. She added suspense thrillers to her repertoire – with enormous success. The Cove, the first book in her bestselling “FBI Suspense Thriller Series” spent nine weeks on the New York Times list and has to date sold 4 million copies. Coulter has written 25 more bestselling thrillers in her hugely popular FBI series, and has been hailed as “one of the bona fide rock stars of the thriller genre.”

Teaming with J. T. Ellison, Coulter launched another thriller series – A BRIT IN THE FBI – this one with a strong international flavor, reminiscent of James Bond at his best. The six books in the series have been hailed by critics as “hair-raising and “unputdownable.” Her reason for closing down the series was she couldn’t think of any more flamboyant ways to try to kill the lead characters.

Coulter’s first novel, The Autumn Countess, was a Regency (set in England in the early 19th century) because as she says, “As any published author will tell you, it’s best to limit the unknowns in a first book.” Not only had she grown up reading Georgette Heyer, whom she worships, but she’d earned her M.A. degree in early 19th century European History and could fight in Napoleon’s army, or join the Allies and beat his butt with Wellington. Clothes, customs, she had it all down cold.

These days she’s also writing novellas starring a character from her acclaimed Sherbrooke Bride series. Grayson Sherbrooke’s Otherworldly Adventures are short novellas (about 20,000 words) with an eclectic cast of characters including beautiful Miranda, three precocious kids, and strange and scary beasties Grayson has to face.

Coulter grew up on a horse ranch in Texas, graduated from the University of Texas, and received her graduate degree from Boston College. She worked a speechwriter on Wall Street, then, to her joy, she was able to quit her day job and become a full-time writer.

She believes, given the continued e-morphing of publishing, that the best way to stay sane in this crazy industry is to keep a tub of guacamole plus a bottomless bag of chips close by, along with a healthy sense of humor. Coulter loves to travel and to kamikaze down the ski slopes, but since neither of those activities is do-able during these pandemic days, she spends her off time doing her other most favorite activity – reading and hiking over the beautiful hills and dales of Northern California.

She posts daily on her Facebook Page (www.facebook.com/catherinecoulterbooks) and interacts with her readers. During this surreal time, she posts daily Instagram photos of her favorite local hiking trails, her fabulous garden and her cat Eli. Coulter is an avid football fan and watches every game religiously. When there’s no football she follows basketball, and is constantly amazed by Steph Curry.

Coulter lives with her husband and Eli in the San Francisco Bay Area.

Reckoning is the twenty-sixth book in the FBI Thriller series by Catherine Coulter. A suspenseful mystery crime thriller told from dual stories, and each of the two cases was expertly relayed. I did not want to put this one down. I had to know what was happening next and how it would end. The two mysteries did keep me guessing until the end, with many twists and turns. Catherine Coulter knocks another Savich and Sherlock story out of the park! *I received a complimentary copy in exchange for a review.*