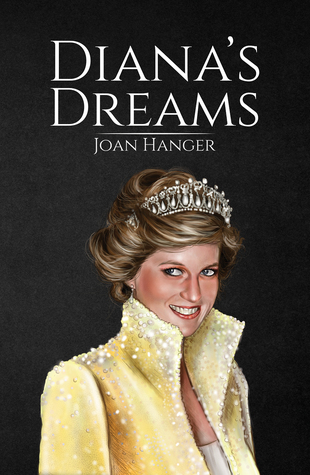 When Diana explained her dream, Joan thought it meant the ‘death’ of her marriage to Prince Charles, as the Royal Divorce had just been announced. Joan Hanger had the experience, and, indeed, the privilege of helping this most fascinating and wonderful lady analyze her dreams and nightmares! END_OF_DOCUMENT_TOKEN_TO_BE_REPLACED

Project You: More than 50 ways to Calm Down, De-Stress and Feel Great by Aubre Andrus is a self help book that gives you step by step instructions for individual problems or events. This book will teach you how to END_OF_DOCUMENT_TOKEN_TO_BE_REPLACED

Fault Lines by Thomas Locke has an expected publication date of August 1st 2017 by Fleming H. Revell Company and is a suspense novel. Synopsis: As a security expert, Charlie Hazard is all about taking control of the situation. But when the stunning Dr. Gabriella Speciale draws him into a secret psychological project, risk parameters are shattered. Every move brings him to the edge of one fault line after another, and Charlie struggles to stay clear of a maelstrom of entangled dangers. The research team abandons the lab on the Florida coast and flees to a mountain refuge in Italy. The battles in Charlie’s mind are overtaken by real life attacks. He must grapple with the daunting realization that a conspiracy is taking hold on both internal and external levels. Can Gabriella be trusted, or is she just part of the scheme?  END_OF_DOCUMENT_TOKEN_TO_BE_REPLACED

Are you struggling with your diet? Do you find it hard to stay on track? Are you easy to give in to that unhealthy snack in the middle of the day? Well I have a few tricks and tips that might help you stay on track and avoiding cheating on your diet with those extra END_OF_DOCUMENT_TOKEN_TO_BE_REPLACED

Hello Lovelies! Many of you know that I am a huge fitness fanatic. I love things that not only help me to be healthier but feel better too. I found Lyfe Tea awhile ago and instantly fell in love. END_OF_DOCUMENT_TOKEN_TO_BE_REPLACED

Home  on the Range by Ruth Logan Herne is the second book in the Double S Ranch series and was released April 2017. I really enjoyed the first book and was looking forward to reading this one. Herne is an amazing romance writer! She does an outstanding job in creating a setting that you not only can visualize, but what to go there as well. The characters and plot line have been well thought out. Together they make the novel by favorite so far in the series. The book is very well paced and very believable. This would be a ranch and group of people who you would love to meet and spend time with.  I look forward to reading the next book in this series and other works from the author. **I received this book from Blogging for Books in exchange for my honest and unbiased review** You can get your copy HERE.  **This post contains affiliate links and I will be compensated if you make a purchase after clicking on my links.**

Synopsis: Nick Stafford stayed in central Washington, working his family’s large ranch after his brothers left to pursue other passions—but his toughest job is being a single dad. As a child he watched his father fail at marriage and parenting, so Nick was determined to show him up. He’d be a better husband, father, and ranch manager than Sam Stafford ever was. Despite that commitment, three years after Nick’s wife left him, he has a daughter in trouble at school and both of his girls are facing issues that force him to rethink his stubborn plans. For Dr. Elsa Andreas, life fell apart when tragedy caused her to abandon her family therapy practice and retreat to the backwoods of Gray’s Glen. Her school principal sister believes Elsa can guide the Stafford girls and that working with kids will draw Elsa out of her protective bubble. Summer on the Double S teems with life and adventure. Amid the bounty of God and land, will Nick and Elsa find the courage to build futures based on faith rather than fear?

Hello loves! I recently visited my local TJ Maxx and found some wonderful finds. I thought I would share these lovely bath salts with you. The Scottish Fine Soaps Company is located in Scotland and ships worldwide. They have an amazing selections for both men and women. Their company is family owned and been in business for over forty years. They use high quality ingredients with contemporary Scottish style to create bath and beauty collections that will make you look, feel, and smell fantastic. The two products I found are Au Lait Milk and Honey Bath Salts and Sea Kelp Bath Salts. They smell so amazing and leave my skin so silky smooth, not greasy. I really look forward to trying more from The Scottish Fine Soaps Company and their other product lines. You can check them out for yourselves HERE.

Carve the Mark by Veronica Roth was released January 2017 and after reading the Divergent Series I knew I wanted to read more from the author. I really like Roth’s writing style. Carve the Mark is a science-fiction novel told from Akos and Cyra points of view. Akos from Thuvhe, the ruling half of the planet and Cyra is from Shotet, the half that has not been recognized. When the children on this planet each a certain age they gain abilities. While Cyra’s ability is to harness the current, her counter balance is in Akos because his ability is to disrupt the current. Akos can touch Cyra without hurting himself and his touch seems to lessen the pain on Cyra. This creates a problem because even though they are from the same planet, they were raised differently. However, this does not stop them from being curious and kind to each other. While I found that it took me a few chapters to truly understand what Roth was creating, I started to get drawn in wanting to know more. I highly recommend this to any reader who loves science fiction books. This is definitely a journey worth taking with the characters, they will always make you wonder what will happen next. It is another great series for Veronica Roth and I can’t wait to see where she takes us. You can keep you copy HERE.

(from amazon.com) On a planet where violence and vengeance rule, in a galaxy where some are favored by fate, everyone develops a currentgift, a unique power meant to shape the future. While most benefit from their currentgifts, Akos and Cyra do not—their gifts make them vulnerable to others’ control. Can they reclaim their gifts, their fates, and their lives, and reset the balance of power in this world? Cyra is the sister of the brutal tyrant who rules the Shotet people. Cyra’s currentgift gives her pain and power—something her brother exploits, using her to torture his enemies. But Cyra is much more than just a blade in her brother’s hand: she is resilient, quick on her feet, and smarter than he knows. Akos is from the peace-loving nation of Thuvhe, and his loyalty to his family is limitless. Though protected by his unusual currentgift, once Akos and his brother are captured by enemy Shotet soldiers, Akos is desperate to get his brother out alive—no matter what the cost. When Akos is thrust into Cyra’s world, the enmity between their countries and families seems insurmountable. They must decide to help each other to survive—or to destroy one another.

Psychic Dreaming Dreamworking, Reincarnation, Out-of-Body Experiences and Clairvoyance By Loyd Auerbach is an interesting read that discusses the different stages of the sleep cycle.  Auerbach goes into very detailed explanation of all four of the sleep cycles, several sleep disorders, and the outside effects in daily activities or stress. I find this a really informative read that shares many new insists on dreams and the psychic abilities. If you are looking for something to help you learn how to recall dreams and learn to interpretation, then this is the book for you. I really feel like I learned a lot from reading this book! ** I received this book for free in exchange for my honest and unbiased review.**

(from amazon.com) Everyone is psychic to some degree, but did you know that your abilities can be enhanced while you dream? Psychic Dreaming explores how parapsychology and dreamwork can be combined to boost creativity, improve your decision-making, and heal yourself in body and soul. Parapsychologist Loyd Auerbach shows you how to identify telepathy, clairvoyance, precognition, and other psi experiences as they occur through dreams. Discover dream incubation, lucid dreaming, and symbol interpretation to solve problems, relieve stress, confront your fears, and overcome nightmares. Use your dreams to create psychic connections with your loved ones, and explore other points in time and space to create a complete picture of the person you are, the person you have been, and the person you will be in the future.

I have read many books on Yoga so many so that my shelves and kindle are filled with them. So when I saw this one I knew I had to read it. I really feel that this one is different from the others. I feel that this book is written to where you can easily understand and practice this with easy. This book would be a great addition to any library even if you are a teacher.  I like how this was written with such profound dedication. I feel like you can relate to each sentence you read. A great book for any yoga lover. **I received this book for free in exchange for my honest and unbiased review.**

(from amazon.com) Kundalini is a universal life force within each of us that, once awakened, holds the power to transform every facet of our lives. Kundalini yoga is the art and practice of activating this radiant energy. With Essential Kundalini Yoga, Karena Virginia and Dharm Khalsa present the core principles and practices of this revered tradition in an inviting and accessible guide.  “Kundalini yoga opens joyous space for connecting deeply with the energy states of our being,” write Karena and Dharm, “It brings vital health to the body and opens our consciousness to new potentials of awareness.” Created for the modern practitioner, this book offers clear, comprehensive instruction in the key insights and practices of kundalini yoga. From philosophy and lifestyle, to working with anatomy and physical asana, to activating our energy bodies, Essential Kundalini Yoga is a uniquely practical and in-depth manual. Highlights include:

Rooted in tradition and infused with a sense of infinite possibility, Essential Kundalini Yoga is a joyful invitation for practitioners of all levels to awaken the vital energy within and receive the gifts that emerge from connecting more deeply with your own potential for creativity, abundance, and joy.