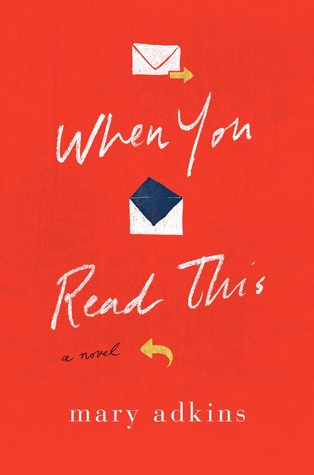 When You Read This by Mary Adkins  – Publication: February 5th, 2019 by Harper – comedy-drama, fiction

A comedy-drama for the digital age: an epistolary debut novel about the ties that bind and break our hearts, for fans of Maria Semple and Rainbow Rowell.

Iris Massey is gone.
But she’s left something behind. END_OF_DOCUMENT_TOKEN_TO_BE_REPLACED

When You Read This by Mary Adkins  – Expected publication: February 5th, 2019 by Harper – comedy-drama, fiction

A comedy-drama for the digital age: an epistolary debut novel about the ties that bind and break our hearts, for fans of Maria Semple and Rainbow Rowell.

Iris Massey is gone.
But she’s left something behind. END_OF_DOCUMENT_TOKEN_TO_BE_REPLACED

I read American Assassin by Vince Flynn several months ago and loved it! I have reread this book after watching the movie which stars Dylan O’Brien as Mitch Rapp and Michael Keaton as Stan Hurley.  END_OF_DOCUMENT_TOKEN_TO_BE_REPLACED 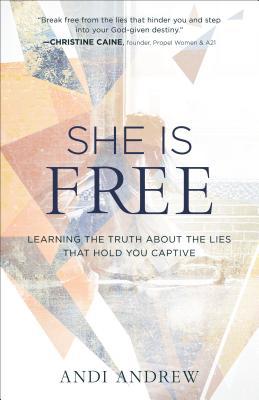 She Is Free: Learning the Truth about the Lies That Hold You Captive by Andi Andrew has an expected publication date of October 3rd, 2017 by Baker Books. We say we’re free in Christ, but many of us are still living in captivity–to fear, anger, shame, isolation, unforgiveness, and control. We’re good at faking it around others, but we’re exhausted by the ruse. Andi Andrew wants women to break free of their self-imposed prisons and live the lives that are rightly theirs in Christ. END_OF_DOCUMENT_TOKEN_TO_BE_REPLACED

Project You: More than 50 ways to Calm Down, De-Stress and Feel Great by Aubre Andrus is a self help book that gives you step by step instructions for individual problems or events. This book will teach you how to END_OF_DOCUMENT_TOKEN_TO_BE_REPLACED

All Things New by Lauren Miller is a book that will pull at your heart strings leaving you crying one minute and laughing the next.  Lauren Miller is an incredible writer and does an amazing job creating END_OF_DOCUMENT_TOKEN_TO_BE_REPLACED

Wolf Hunt by Paige Tyler is the sixth book in the SWAT Series. This book picks up with Remy Boudreaux being back END_OF_DOCUMENT_TOKEN_TO_BE_REPLACED

Antisocial by Jillian Blake is a young adult novel about teens dealing with social issues after their phones and social media accounts get hacked. Every photo, internet search and message on their phones are made public creating a lot of gossip at first but then it all turns crazy.  Anna Soler is a senior at Alexandria Prep High School. She just lost her boyfriend, Palmer Meade, who is also the star basketball player and none of her friends wants anything to do with her mainly because she ditched them for Palmer. Blake does a great job creating characters and settings that are modern day and current with today’s teens. I felt like the plot line was very believable and extremely interesting. While there were moments that I felt where cringe worthy, I still felt like I had to know what was going to happen next. This book as an element of rawness and vulnerability that young people today possess. I really felt like this book was a really fun read that I could not put down.   ** I received an Advance Reader Copy of this book in exchange for my honest and unbiased review.** You can purchase your copy HERE.

Synopsis: What if your greatest secrets became public? For the students at Alexandria Prep, a series of hacks leads to a scandalous firestorm—and the students are left wondering whose private photos and messages will be exposed next. It’s Pretty Little Liars meets WikiLeaks. Senior spring at Alexandria Prep was supposed to be for sleeping through class and partying with friends. But for Anna Soler, it’s going to be a lonely road. She’s just been dumped by her gorgeous basketball star boyfriend—with no explanation. Anna’s closest friends, the real ones she abandoned while dating him, are ignoring her. The endearing boy she’s always had a complicated friendship with is almost too sympathetic.  But suddenly Anna isn’t the only one whose life has been upended. Someone is determined to knock the kings and queens of the school off their thrones: one by one, their phones get hacked and their personal messages and photos are leaked. At first it’s funny—people love watching the dirty private lives of those they envy become all too public.  Then the hacks escalate. Dark secrets are exposed, and lives are shattered. Chaos erupts at school. As Anna tries to save those she cares about most and to protect her own secrets, she begins to understand the reality of our always-connected lives: Sometimes we share too much.

I found that Being a Witch, and Other Things I Didn’t Ask For by Sara Pascoe was a very fun book to read! Raya is a teenage girl that is in foster care and does not realize that she is a witch.  She and her cat Oscar go on a series of adventures all while learning and adapting to her new found powers. Being a Witch is written with amazing characters and plot line. The setting for this book in unreal. Pascoe does an outstanding job in creating and writing about the settings so that you feel as if you are really there enjoying the fun Raya and Oscar. The story time travels back to the witch trials and teaches you a little about the history of the trials.  I found this book fast paced and very exciting to read.  You really do not want to miss out on this young adult read. **I received this book free in exchange for my honest and unbiased review.** You can get you copy HERE.

(from amazon.com) When you’re fourteen and life has been nothing but hurt and disappointment, Raya decides it’s time to strike out on her own. She leaves the boring village and what she’s determined will be her last foster placement, for the excitement of London. But it turns out she’s a witch, with the annoying habit of time-travelling — by accident. And a sarcastic witch’s cat Oscar tags along for the ride. Why would she fling herself into the midst of the Essex Witch Trials in 1645 England? After being arrested by one of history’s most notorious witch hunters, her social worker and witch mentor Bryony goes back to try to save them from the gallows. But returning to present day London remains out of reach when they find themselves in 1645 stanbul/Constantinople. There, life is more amazing than she ever dreamed. Can she stay? And at what cost?

The It Girl by Cecily Von Ziegesar is the first book in the It Girl series. I honestly did not know these were a series, but then again I binged watched Gossip Girl on Netflix. I usually am late to the party on watching television series. When I found this book I was surprised because I honestly did not know there was a series of books that are a spin off of Jenny. Jenny was not one of my favorite characters but the books makes it easier to fall in love with her character. These books are quick, fun reads that will make you laugh and smile a lot. I found reading the first book in this series makes me want to read more. I really miss Gossip Girl and these books are a great find for me. So loves if you are like me and miss Gossip Girl, then check out this series.

Synopsis: Popular Gossip Girl character Jenny Humphrey is leaving Constance Billard to attend Waverly Academy, an elite boarding school in New York horse country where glamorous rich kids don’t let the rules get in the way of an excellent time. Determined to leave her Manhattan past behind her, Jenny sets off to Waverly with big plans of reinventing herself. She’ll be a goddess–she’s a sophisticated city girl, after all!–and will find a boy who can properly worship her. But that’s going to be a little tricky since her self-absorbed new roommates, Callie Vernon and Brett Messerschmidt, aren’t exactly there to help–unless there’s something in it for them. Hot guys, new intrigue, and more delicious gossip all add up to more trouble than ever for Jenny. But if getting caught with boys and going up against the Disciplinary Committee is what it takes, Jenny’s ready. She’ll do all that and more to be The It Girl.